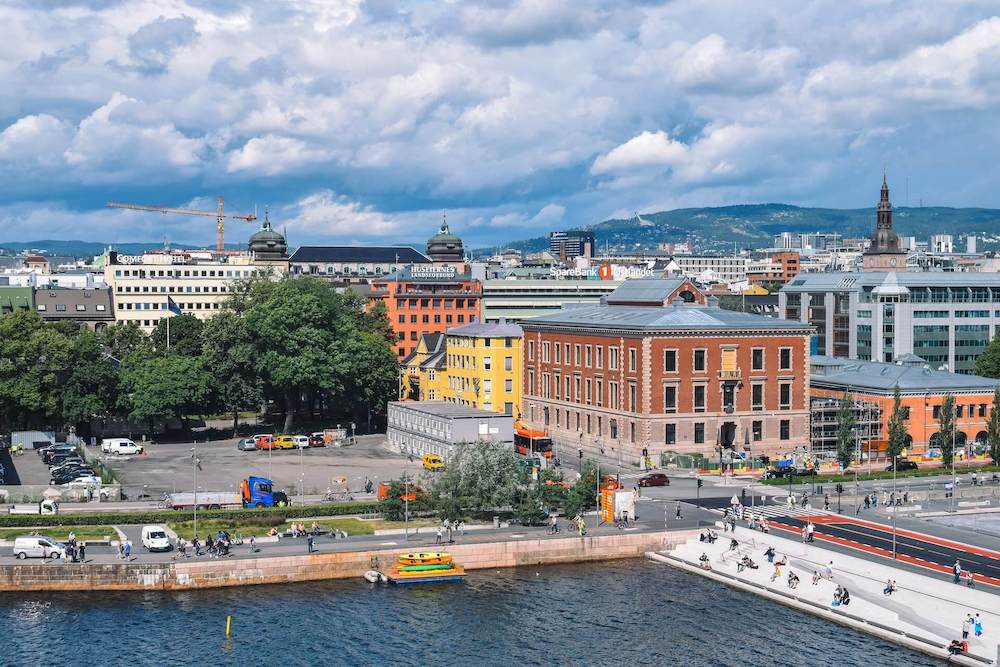 Oslo is definitely worth visiting! It is a beautiful and easygoing city in the southernmost part of Norway, with lots of things to do and see. Despite being the country’s capital, it is a relatively small city, so a couple of days will be enough to make your trip enjoyable.

Oslo is home to many authentic museums, including the Viking Ship Museum and the Edvard Munch museum. It is also very walkable and is close to many of Norway’s natural attractions, with many parks and hiking trails. You will also see and feel what it is like to be a Scandinavian (to me, discovering new cultural perspectives is the most rewarding part of any trip).

So, if you are considering a trip to Norway, here are some things to remember about visiting Oslo.

Things you are going to love (and hate) about Oslo

A brief history of Oslo

Oslo was founded in 1040 by Harald Hardrada (in sagas, a King of Norway) and was called Anslo. In 1624, a fire almost destroyed Anslo, and a new city called Christiania was built near Akershus Fortress.

In 1925, the city was renamed back to its initial name, which is now Oslo. In the following years, Oslo underwent a period of rapid economic growth and is now a financial and government center of Norway, as well as the most popular tourist destination in Norway.

Things to see and do in Oslo in two days

As the capital of Norway, Oslo is home to several draws worth checking out. Here are some of the city’s top sights:

It is the world’s largest sculpture park, made by one artist, Gustav Vigeland, who devoted 25 years of his life to making this park a reality. It now features over 200 sculptures and is one of Oslo’s most popular tourist destinations. It is also a nice place to just walk around and enjoy the tranquility of the Norwegian cityscape.

The Viking Ship Museum (closed for renovation until 2025/26)

The museum houses three ninth-century Viking ships that ancient inhabitants of Scandinavia used for burial purposes. The museum also has a variety of displays of Viking culture and history. So, if you are interested in Norwegian history, do not miss the chance to see these stunning boats.

It is a 13th-century waterside medieval castle, once a royal residence, used as a prison and a military fortress. It is a national symbol of Norway and an absolutely amazing sight to behold.

Today, the fort is open to the public and is one of Oslo’s most popular tourist attractions; it also contains two military museums.

It is a very comfortable spot to explore Oslo’s nature and enjoy great views with out-of-the-way finds (the sculptures are hidden in different parts of the park). There is a good restaurant, but it may not always be open to the public due to local celebrations or weddings.

Tip You can also visit the Slottsparken (Palace park), and an indoor-outdoor Botanical Garden.

As soon as I walked into the museum’s first exhibition room and saw Munch’s paintings, I knew I wanted to learn more about the artist (I was only familiar with his most famous painting, “The Scream”).

A quick search on Wikipedia showed that this not-entirely-mentally-healthy artist was trying to explore the complex themes of life and death, and somehow his illness helped him depict these magical paintings. And now we, the visitors, are privileged to witness his stunning works.

I highly recommend a visit to this museum; you will definitely not be left indifferent.

After visiting the Munch museum, you may want to continue with a stroll along the Oslo harbor. It is a charming promenade that stretches almost 7 miles from west to the east of the Oslo waterfront.

Walk around, gaze out at the pier, enjoy the views of the fjord’s islands, check out Oslo’s modern architecture, and eat at one of the many restaurants to choose from (I had lunch in “Asia,” and it was worth it.)

Tip Surprise! Norwegians adore spicy food, so if you are not a fan, ask the waiter if the dish is spicy or not.

Tip #2 You can take a boat cruise from the Oslo harbor.

Another 20-minute walk, and you will arrive at the Royal Palace, an iconic spot for many locals. For me, this palace seemed quite ordinary (even though the young guards are very funny with their old-fashioned military movements). So, you can take a couple of photos and continue down the street to the Old Town.

Oslo has a rich history. The city was founded in 1040 and is home to many historical buildings and sites, including the aforementioned Royal Palace, the Cathedral, the Parliament building, and the Norwegian Folk Museum.

You can also visit the street market if you are lucky enough to be in Oslo for the holidays. And if not, there are many stores on the streets of the Old Town where you can find authentic Norwegian goods (mostly clothes).

The trip to Frognerseteren (“prosperous pasture” in English) can take 40 minutes if you go by metro (take T-Bane line 1 until the last station, Frognerseteren).

In the Summer or Fall, you will discover magnificent views of Oslo’s outskirts, and it will be very tempting to go hiking down the hill. There is a zipline climbing park, beautiful Sognsvann Lake, and a 19th-century restaurant serving Norwegian cuisine. You can also bring your mountain bike there (although I doubt you will have one handy).

In the Winter, it is a skiing resort with 18 slopes, offering alpine skiing and snowboarding.

Moreover, there is the Roseslottet Museum (an art installation detailing the Nazi occupation and persecution of Norway’s Jews) and the Holmenkollen Ski Museum (1.5 miles down the hill), with the history of skiing on display along with a ski simulator.

This is for the adventurers only! You can book a sauna in the Oslo harbor. It is a small floating wooden box where you can steam yourself for about 15 minutes and then jump in the harbor waters. Be prepared; the water is freezing, even in the Summer.

I now have a special place in my heart for Norwegian waffles. I cannot describe the exact taste, but it is wonderful. Maybe, it is the complexity of different flavors – jam, waffle, sour cream, and brown cheese (which has a complex taste by itself). Just try it – there are many street food spots with Norwegian waffles.

The metro system in Oslo is relatively easy to comprehend, and changing lines is very simple – in most cases, you do not need to walk to another platform, just wait for another train from your line. The arriving trains with their corresponding lines are indicated on the platform display.

You also have some nice options for public transportation tickets in Oslo:

Tip The city is very scooter-friendly, and you can easily find them (I used the Bolt app).

Overall, I think Oslo is worth visiting! The city has a lot to offer in terms of history, culture, gastronomy, and natural beauty.

If you plan a trip to Norway, make Oslo the first stop on your itinerary; you will not regret it. And remember to pack your warmest clothes if you are visiting during the Winter 😉

Where to stay:
Best Hotels in Oslo, Norway
Lowest Price Guarantee
About the author